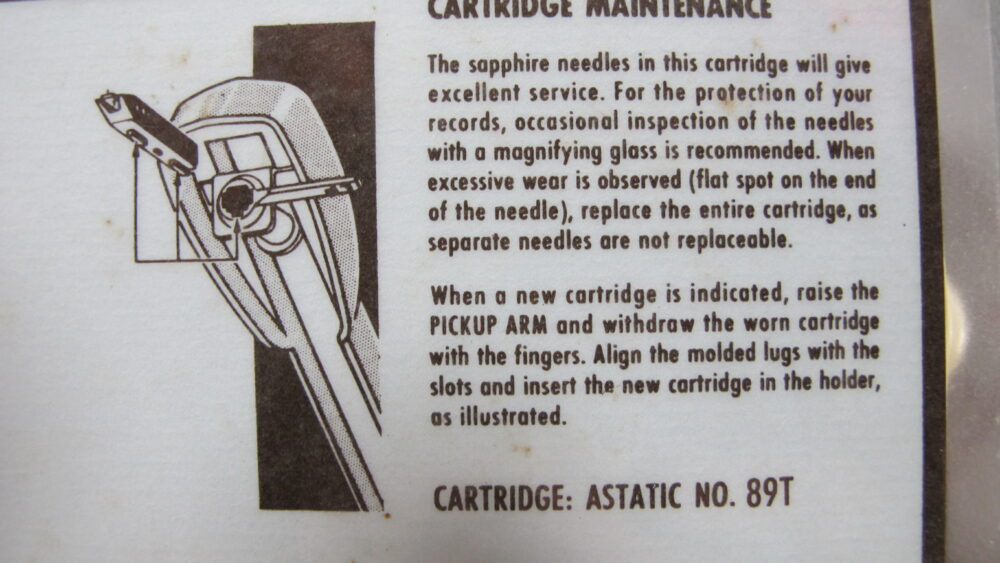 2007 digitizing notes:
This was the first AMC set I actually recorded myself, although it was a bit impromptu, and the “gear” as it were, consisted of nothing more than a mini-boombox – built-in mics, auto-level recording and all – that I borrowed from my job, so I could run next door on a break and record the AMC set. I slightly “re-mastered” it as they say, to the flip side of the cassette on which I had copied the the ’87 in-store set. My mastering efforts amounted to little more than gentle fades at the beginning and end of each track, so the applause and general store sounds wouldn’t be overwhelming. I might have tried to boost the volume slightly for a couple of the quieter songs, but not very much, as there was already a good deal of tape hiss present. Still, better than nothing, I would think. In some ways, not sonically as good as the ’87 in-store, but the overall fidelity of the recording sounds a bit more intact, probably helped in this transfer by the Azimuth process. And of course, there are a few tunes you don’t generally see on a lot of AMC set lists. Enjoy!

2021 addendum:
Peter Jesperson stopped in to buy something at the store I managed, and mentioned that AMC was doing an in-store that day, which was the first I had heard about it. Since I was at work, I had no chance to fetch any decent recording gear from home, so I planned a late lunch at the band’s designated set time, and grabbed the boom box from work to record their set. As with the ’87 in-store recording, when I made this transfer, I applied fade-in/fade-out for each song, to minimize ambient traffic sounds and audience chatter. This transfer, made in December 2007, is also relegated for all eternity to a 16/44.1 fileset, as I hadn’t yet started working in 24-bit, and felt at the time it was no longer necessary to keep the cassette. C’est la vie!