Re-defining and refining the recording process

Since 2016, I’ve been working with two mid-1930s era Presto machines, a Presto K8 and a Presto 6N. The K8 is a “suitcase” type unit, similar to what Alan Lomax used to make field recordings of early folk and blues artists during the ’30s and ’40s. The 6N is a heftier model that was primarily used back in the day for radio broadcasting transcription discs; one story is that Bing Crosby invested heavily in the development of the technology, so he could pre-record his radio shows and go play golf instead of sit in the studio. I can’t vouch for the part about playing golf all day, but Bing’s contribution to the lathe-cut record industry has been well-documented, and those of us in the field definitely owe him a tip of the hat.

If you want to have a look at some of these machines, there is an archival site for all things Presto:

Going strong for more than 80 years!

Both units natively run at two speeds: 33-1/3rpm and 78rpm. With some clever math, an altered speed transfer from a computer can be used to create a faux “half-speed mastered” record that is cut at 33, but plays at 45rpm – which actually improves the fidelity somewhat. I’m working on getting some customized parts machined that will allow each to natively operate at 45rpm, but that’s down the road a bit.

Images: The Presto K8 and the Presto 6N

These 1930s-era units were the pre-cursors to the commercialization of magnetic tape in the late 1940s, and their native format was mono, preceding the consumer market for stereo recordings which came around 1957. At the beginning of 2021, I was put in touch with an inventor who had developed a prototype stereo recording head, which could be adapted to the ’30s-era mono units. In the same year, I had the opportunity to test one of these heads – and cut my first true stereo record – on a Presto unit that came from the estate of Peter Bartok, son of the late composer Bela Bartok.Depending on what the project is, I have a few options for how many grooves fit on a side, because the lead screw that drives the lathe can be switched out. The usual caveats apply: outer-most / inner-most grooves are more prone to slight distortion, more / closer / shallow grooves are prone to lower fidelity / volume; but I have had some success pushing the usual stated limitations of the medium.

For example, I made a prototype single (limited edition of 3!) for Yo La Tengo, a track which was basically a ton of guitar feedback recorded live in 7th St Entry; the beginning and end were fade-in/out feedback/audience applause, so no real distortion in those outer/inner grooves. That record was cut on the K8 unit, which typically is stated as allowing a conservative 3:00 per side – in this situation, however, the finished track ended up being 5:00. That might not work for some tracks, but it’s just one extreme example of bending a few rules to get the desired result.

Another project involved putting about 12 minutes of audio on a one-sided 10” EP that was to be played back at 45rpm. Due to the fixed motor speed of the lathe being used, the audio was transferred at 33-1/3rpm, so technically, that meant putting about 18+ minutes on one side, running well over red book standard, and just about 30 seconds shy of filling the entire side. Additionally, the last track was a “hidden” bonus track, separated by the previous tracks by a locked groove, requiring the listener to physically interact with the record by moving the tonearm in order to play the last track. Analogue interactive media!

Okay, enough of the button-polishing, let’s get down to brass tacks!

If you would like to make a lathe-cut record, here is the basic information I will need from you.

…take a few minutes to read through the FAQ, because I will need to know what options you have chosen before I can start your project.

If you don’t see something listed here that you might be interested in, feel free to ask!

"What size records can you make?"

Size options at this time are listed below, and there is always the likelihood of a little wiggle room with the durations:

A couple of other options available at this time – these are “postcard” discs – basically, short, one-sided picture discs that could actually be used as postcards, handbills, you name it:

Theoretically, any size is possible, since all discs are cut from large sheets by the manufacturer into squares, and cut again into circles with a CNC router by the lathe-cutters themselves. Squares lend themselves to more creative approaches as far as art / design, but to keep the grooves in a safe playback area means losing a bit of the duration. Round discs cost a wee bit more, and lose some of the creative visual space, but are less of a risk to play on one’s turntable.

"Can you make a lathe-cut record in any color?"

At this time, colors available are:

This may change from time to time, so check with me before placing an order!

"Can you put anything I send you on a lathe-cut record?"

Theoretically, yes – it is *possible* to put anything you want on a lathe-cut record. Poetry, polkas, high school jazz bands, weddings, sporting events, bar mitzvahs, drunken karaoke, you name it. The only caveat I have is that you need to actually own the material, or be in a position to legally authorize me to reproduce it for you. If that’s not the case, like a DJ track or a mixtape, then I can make *one* copy for your personal use, but that’s it.

"How much audio can you fit on a lathe-cut record?"

Not so much a rule as a guideline… there is always the likelihood of a little wiggle room with the durations. Just keep in mind that the more music we try to fit on a disc, the closer the grooves will be, which will lessen the fidelity, and *may* increase the possibility of skipping.

Inside out grooves will reflect the same durations listed above – they will just be going in the opposite direction!

"Can you put audio on both sides?"

There are a couple of options for two-sided discs:

• thinner discs (~1/32”), which can be mounted together, with artwork sandwiched between them

"Will my audio need to be mastered for vinyl?"

If you’ve ever heard the term “RIAA equalization”, that’s a standard that was adapted around the mid-1940s, which was developed to try and maintain some kind of standard for vinyl mastering.

I borrowed this bit from a wiki article:
“RIAA equalization is a form of pre-emphasis on recording and de-emphasis on playback. A recording is made with the low frequencies reduced and the high frequencies boosted, and on playback, the opposite occurs. The net result is a flat frequency response, but with attenuation of high-frequency noise such as hiss and clicks that arise from the recording medium.”

What generally has to happen when mastering for vinyl:
To over-simplify it a bit, you basically invert the EQ for the vinyl master, so the signal won’t be over-modulated. If the grooves being cut are over-saturated, then when you play the vinyl back, it can often be too much for the stylus to handle, and that’s when the needle starts jumping out of the grooves. Sometimes, the grooves end up being cut non-uniformly, and they can even bleed right into each other.

For that reason, an.mp3 would not make for a good master – .wav files are definitely to your advantage. The reason being that the very nature of an .mp3 is an algorithm that somewhat arbitrarily removes certain frequencies, in order to make the file more compacted. Typically, that will end up being high-end frequencies, because the common assumption is that most people can’t hear frequencies in that range – generally, between 15-20kHz. To my ears, that often results in a tinny metallic “whoosh”-ing kind of sound, but people I’ve worked with have told me more than a few times that I fuss over frequencies no one else can hear other than cats or dogs, so who knows? Just putting that out there, at any rate.

Please note that *if* you have audio that has already been mastered specifically *for vinyl*, then you can feel free to ignore everything I just talked about in the last few paragraphs. If your audio has been mastered for CD or streaming, a *minimum* of one to two hours mastering time will be required.

We can talk more about all of this when we connect, but at least this might give you some ideas to think about for your project.

"Can you provide labels, sleeves, and jackets?"

Sleeve art, jackets, etc, are always an option – and always up for discussion. I haven’t been doing any printing of jackets or labels per se, since none of the projects I’ve worked on for clients are released on my own label.

I’m always up for trying new ideas in this area. Personally, I’ve been leaning toward more of a DIY aesthetic, so that every record is somewhat unique. That said, I do have accounts with a few suppliers of sleeves, jackets, etc, for folks who would like more traditional packaging. Except for 8″ records, there are standard sleeve and jacket options available for 7”, 10” and 12” records.

Typically, the one-sided records I’ve done are clear polycarbonate, and I insert them into clear polyethylene sleeves. For clear discs, the artwork can be directly applied to one or both sides, or inserted behind the disc in the poly sleeve, so it can be viewed through both the disc and the sleeve.

Regarding clear discs, most of the artwork has been variations of acrylics, collage art, silkscreen or stencils, picture discs (acrylics / etc, sandwiched between two thin discs), printed inserts in clear sleeves, or just a simple label with credits / art. A lot of my clients tend to just have me make the records, and will either send me the labels and / or jackets, or they do that part themselves.

If you would like some help designing artwork for your records, the in-house art department here at Sonic Archives can work with you to create the visual appeal your grooves deserve.

The possibilities are probably endless – let me know what you’re going for, and together we can figure out how to make it happen!

"Is there anything you will *not* put on a lathe-cut record?"

See, it’s like this – I can be all about diversity as much as the next person, but despite my punk rock roots, I simply can not embrace everything, you know? We all draw our lines somewhere, and anyone can find anything offensive. For some folks, it’s Alvin + The Chipmunks, for others it might be G.G. Allin, I dunno. It can be a slippery slope. Personally, I’m choosing to draw my lines at anything that blatantly promotes hatred, violence or discrimination against race, gender or spiritual leanings. I don’t need that kind of business any more than I need to be boycotted for promoting it – which I do not. Thank you for your understanding.

Here’s one of many places currently on the internet where you can learn more about Diversity, Equity, and Inclusion (DEI):
https://dei.extension.org/extension-resource/defining-dei/

All well and fine, you say, but what kind of projects have you worked on, anyway?

I’ve never heard of you – can I see some credentials?

I’m glad you brought that up!

Here is a list of officially released audio artifacts I had a hand in either recording, mixing, producing, or mastering. 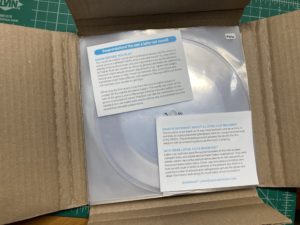